The subcutaneous fat (under the skin) in your body contains a high concentration of special cells known as multipotent stromal cells, which means that these cells are very effective at stimulating the growth of many new tissues in the body. This procedure involves harvesting a small amount of subcutaneous fat from the tummy region, and then preparing this fat in a way that releases these specialised cells, where they can be injected back into the area of treatment.

There are two ways of preparing these fat cells, and the resulting treatments are called either Micro-Fat or Nano-Fat therapy. Micro-Fat means that the extracted cells remain in a slightly larger state that can be used particularly effectively for building new subcutaneous tissue  for things such as aesthetic concerns, like increasing volume in the cheeks or rebuilding lost volume in other areas, as it contains adipocytes, which are very useful for building supporting tissue. Nano-Fat involves breaking these cells down even further, to around 400 – 600 microns, which releases more of the regenerative and healing factors, which are essential for the growth and repair of muscle, ligament, tendon, bone, degenerative tissue, inflammation and other orthopaedic and musculoskeletal issues. 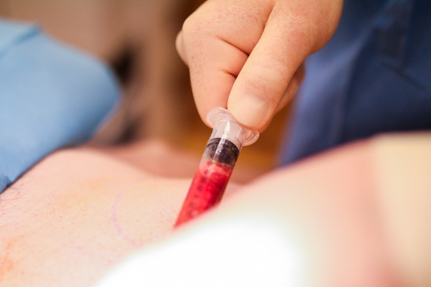 The extraction process is very simple and is performed under sedation. 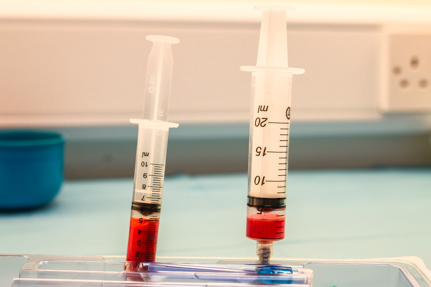 Only a small amount of fat is needed to harvest a large number of cells.

What can it be used for?

Adipose (Fat) derived cells are used as a regenerative treatment, and as such, can be used to repair cells and tissue all over the body. Micro-Fat is used most effectively for aesthetic concerns, restoring lost volume, wrinkles and lines and so forth. Nano-Fat is more commonly used for sports injuries, muscle pain, bone and cartilage repair, joint regeneration and complaints of that nature.

Some of the more common uses for Adipose-Derived cells:

– Volume Loss in the face

While it can be extremely effective for many people in treating certain conditions, it is very important to note that this should not be considered as a lone replacement for all other procedures. For example, in some cases of injury, Adipose derived cell therapy may eliminate the need for procedures such as surgery, however in other cases it may not. A comprehensive consultation with the practitioner, and a cooperative approach with all of your healthcare professionals is vital to establish these indications.

The Distance is Worth It

I have been travelling from Galway for the last  five years to Malahide at least twice a year for my cosmetic treatments – I am every time very satisfied and I have no intention to go anywhere else.

PRP helped me with Shoulder Pain

I had suffered chronic shoulder pain for years as a result of an old sporting injury, and after several corticosteroid injections and rehab, I still had no improvement. The team at NuaCell identified some degeneration in the joint, and I had 2 PRP treatments into the shoulder.

I had my first Sculptra treatment to restore volume loss of my cheeks in 2009 with Dr. Sam – this lasted five years and I since had Sculptra again in 2014, 2017 and now again for different areas of my face – I love my Sculptra treatments and in combination with my regular chemical peels my age eludes many around me and I just love that feeling.

Very happy with everything, pain free throughout

Hi I went to see doctor Sam and had a circumision done,
I was very nervous about calling the very first day after a long time of leaving it,
After the first phone call and taking to dr Sam on the phone I felt so relaxed about the hole process, he answered all my questions and over the phone he made a plan,
I went to meet him and had everything done on the same day, and it Was pain free,
The after service is unbelievable he messages to see how your doing and checks that your happy with everything, If I knew how good he was before I went I really wouldn’t have left it go for so long as I did, he really is a top doctor and most of all so friendly and professional,
Thank you again dr Sam for everything.

“I know for a fact I wouldn’t get this service anywhere else.”

“I got a circumcision done by Dr Sam in Feb 2019 after many years of suffering.

My only regret is not finding Dr Sam sooner. He was world-class. Very calm and reassuring. He talked with me on the phone prior to surgery and any questions he was on hand to answer as was his secretary.

On the day of the surgery he made the whole process so straightforward I was in and out in no time. The procedure was quick and painless. The aftercare shown by Dr Sam was what really made him stand out. I had to contact him a few times afterwards with several questions and no matter what time or day/night he would respond. I know for a fact I wouldn’t get this service anywhere else.

Two years on and it’s the best decision I ever made. Dr Sam is a true professional and a master at what he does. Thank you.”

How do you extract the FAT?

The fat is extracted in a similar way to stomach liposuction. A tiny incision is made, and a cannula is used to remove a small amount of subcutaneous fat cells from around the abdominal area. This procedure is normally performed under light day sedation so you will not be awake for the extraction process.

Is the treatment painful?

The treatment itself can be uncomfortable when performed without pain management, however when under the supervision of a qualified doctor you should have the option of local anaesthetics and a light sedative, which can mean your experience is totally pain-free. In the days following the treatment you may experience some discomfort in the area of treatment, and you can also experience some bruising or swelling. You will be advised by the surgeon as to what to expect in your case, and will also be well advised on pain management after the procedure if this is required.

how do i find out what i need for my case?

The most important part of the process is the initial consultation. At NuaCell, this consultation is with our specialist restoration physician and surgeon. During this consultation you will discuss your particular case in detail, and you will develop a treatment plan based on your expectations and the doctor's expert recommendations. This treatment plan will also give you a very good outline of the costs involved, how many treatments you may need, what kind of results are possible and all of the other information relevant to your case. You should never undergo a treatment without a comprehensive consultation first.

How much does it cost?

The cost of Adipose treatments will depend on the type of treatment performed, the area to be treated, and the specific treatment plan for that client.

As a general guideline, PRP treatments can generally cost from roughly €1000 to about €3000.

This will also change if these treatments are performed alongside other adjunctive treatments such as PRF or PRP, which can be the case for many treatment plans.

How many treatments do I need?

In the case of treating sports or musculoskeletal injuries, it is generally possible to achieve effective remodelling with 1-2 treatments, however this can differ between individuals.

With aesthetic treatments such as facial volume restoration, it is important to understand that each client is different, and so a specific treatment plan is developed with each client during the initial consultation and this will indicate how many treatments are recommended for effective results.

How long do I have to wait to see results?

This depends on the type of treatment you have, but in general, it can be an average of 6 weeks to 6 months before you see actual results. When you have a Micro or Nano-fat treatment, you are stimulating the growth of new tissue. Therefore you must wait for the body to remodel and grow, and this does not happen overnight. Some clients can see results much sooner, and some may need to wait a bit longer, as everyone responds differently to these types of treatment. 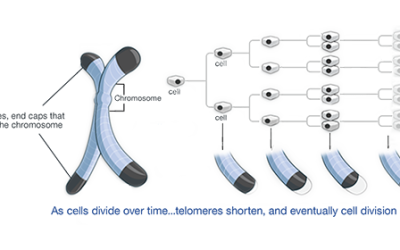 Telomere Testing at NuaCell   In the world of aging and longevity, we are starting to look deeper and deeper into our biology and physiology in the search for answers to questions we all have about getting older, degeneration, illness, disease and our own...

END_OF_DOCUMENT_TOKEN_TO_BE_REPLACED 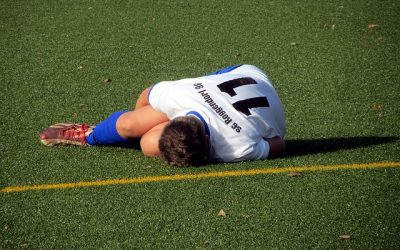 Injuries are part of life.   Aches, pains, breaks and sprains, injuries are a part of life for nearly everyone. Whether you’re an elite level career athlete, a casual exercise enthusiast or a relatively inactive individual, time takes a toll on our bodies....

END_OF_DOCUMENT_TOKEN_TO_BE_REPLACED 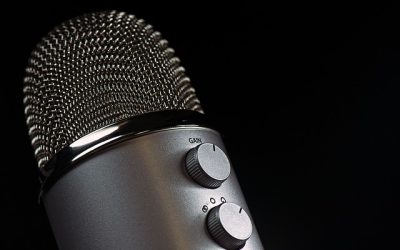 The Benefit of Podcasts?    Thanks to modern technology, there are so many different ways to equip yourself with all of the information you need when it comes to making a decision about your health. On of the more recent ways of accessing a huge amount of...

END_OF_DOCUMENT_TOKEN_TO_BE_REPLACED

Join our mailing list! Our newsletter will contain articles, blogs and podcasts relating to the newest advances in stem-cell based therapies, regenerative medicine and all of the available treatments to improve your health and wellness.

You have Successfully Subscribed!